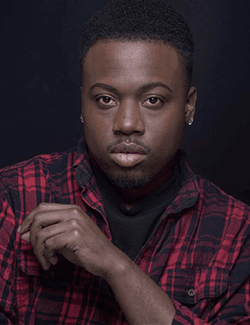 Teejay Marqs (Mr. Avila) is a professional actor. His most famous role is as Osembenga from Ruined, at the National Black Theatre Festival in 2019. He is a proud graduate of North Carolina Agriculture and Technical State University where he was in numerous plays to include: Oedipus (Adapted version Prof Lucky), The Taming of the Shrew, & Detroit ‘67 . After graduating in 2022, he was honored to act and study acting abroad at the British American Drama Academy in Oxford, London. There, he honed into classic plays and learned new techniques. He played Chebutykin from Chekhov Three Sisters and Charles from Shakespeare's As You Like it. This is his Theatre In The Park debut.