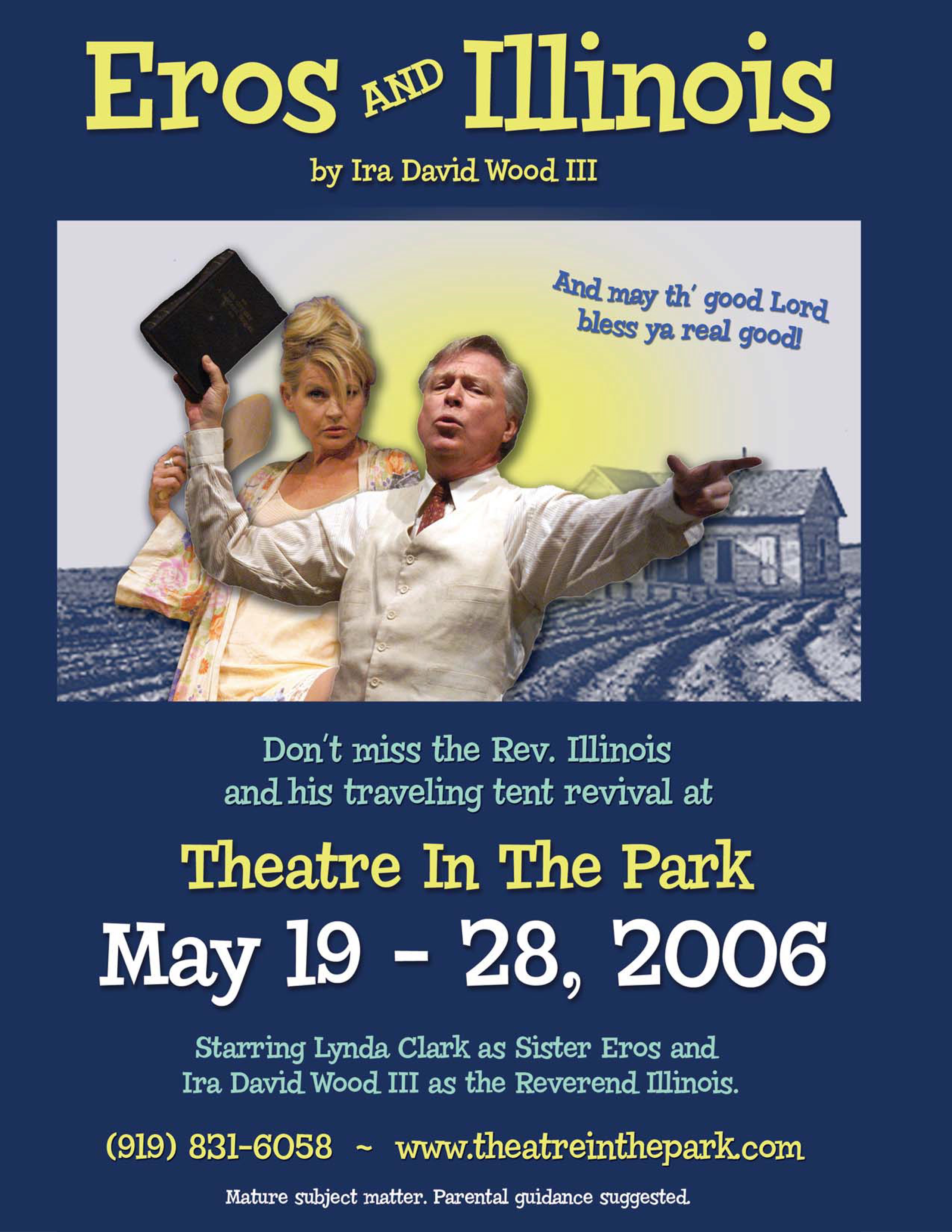 EROS & ILLINOIS - an original comedy by Ira David Wood III centers on the hilarious misadventures of a flimflam faith-healer and his “Crusade Of Light” as he and his cohorts move into the mountains of Buncombe County during the Great Depression. In the midst of a successful scam, Rev. Illinois actually heals a crippled man, and ultimately discovers that God has a unique sense of humor.

When it first premiered at Theatre In The Park, reviewer Hal Crowther wrote that this “... parody of the Bible Belt evangelism [is] so dead-on that I’ll measure anything I see on the subject in the future against Wood’s creation ... some of the best indigenous theatre you’re ever going to encounter.”

Eros & Illinois played at New York’s Park Royal Theatre in 1980 and also at The Marilyn Monroe Theatre in Los Angeles. We’re thrilled that it’s coming back home to North Carolina.