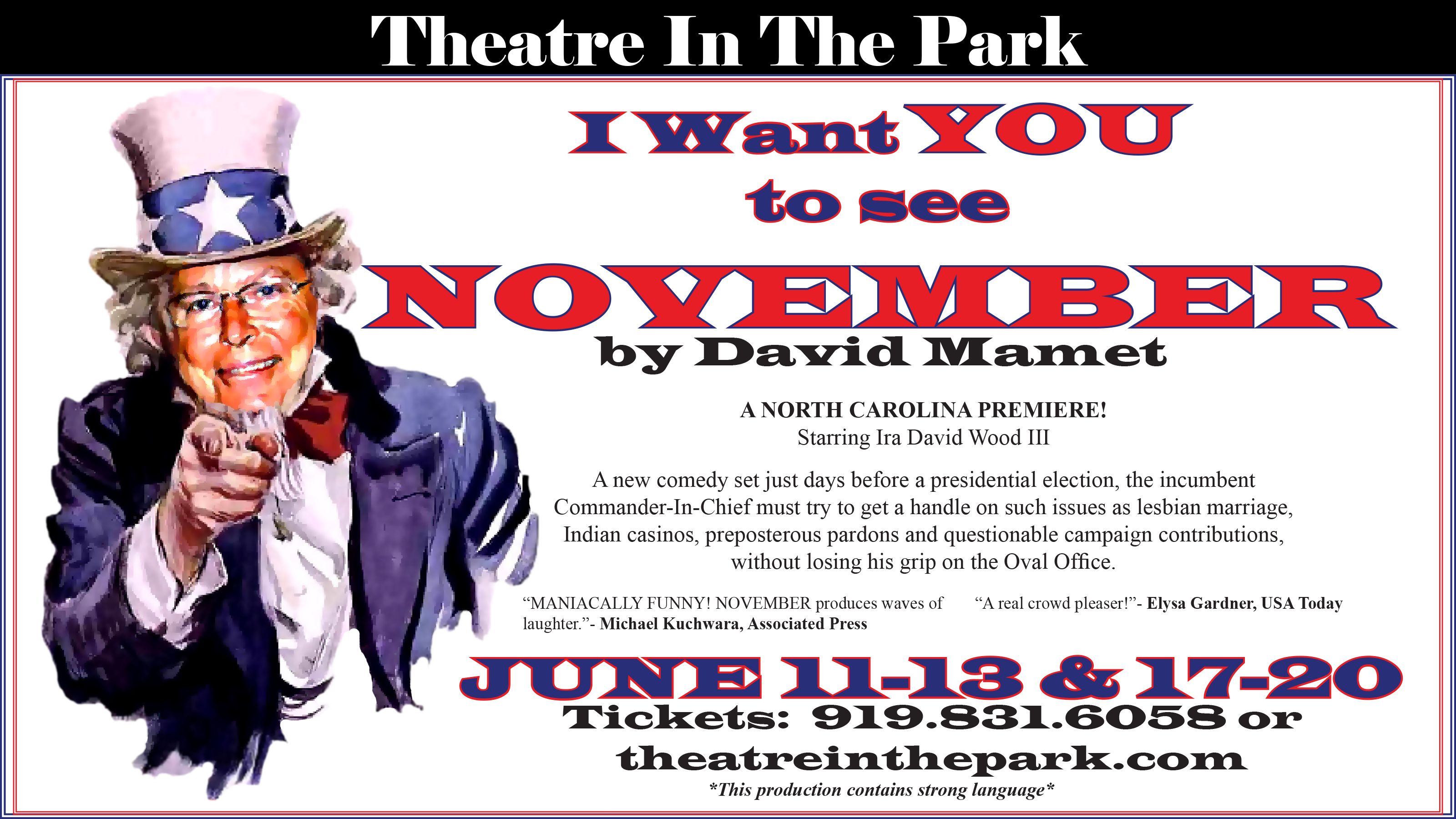 David Mamet's new Oval Office satire depicts one day in the life of a beleaguered American commander-in-chief. It's November in a Presidential election year, and incumbent Charles Smith's chances for reelection are looking grim. Approval ratings are down, his money's running out, and nuclear war might be imminent. Though his staff has thrown in the towel and his wife has begun to prepare for her post-White House life, Chuck isn't ready to give up just yet. Amidst the biggest fight of his political career, the President has to find time to pardon a couple of turkeys — saving them from the slaughter before Thanksgiving — and this simple PR event inspires Smith to risk it all in attempt to win back public support. With Mamet's characteristic no-holds-barred style, November is a scathingly hilarious take on the state of America today and the lengths to which people will go to win.