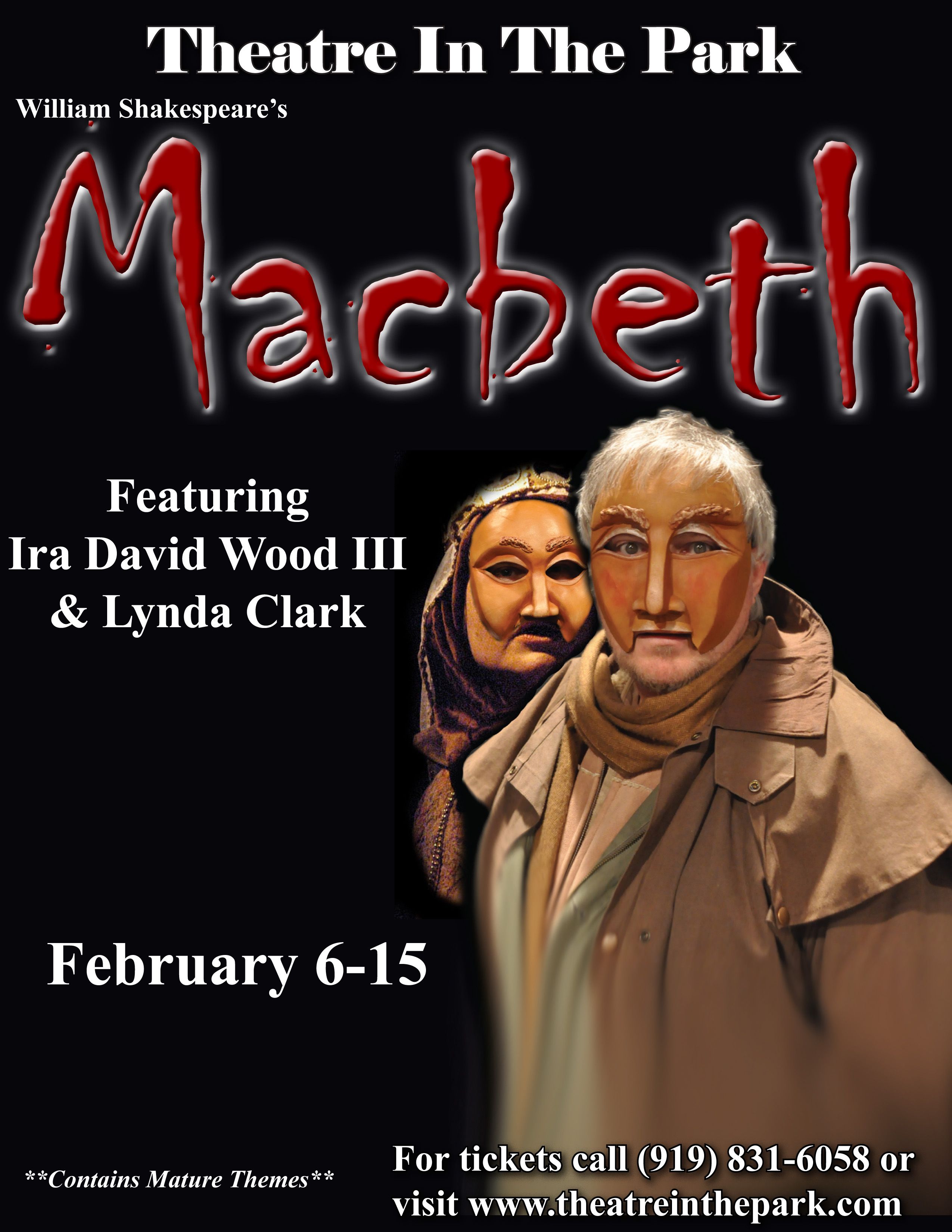 Shakespeare returns to Theatre In The Park with a dynamic production of one of The Bard’s most famous tragedies.

Ira David Wood III and Lynda Clark are featured in this tale of unchecked ambition set in a post-apocalyptic world.  Battles are waged and rivers run red as one man’s quest for power drives him further into his own unescapable abyss.
A masterpiece of tragedy, amid the violence and war torn locales and
characters, Shakespeare offers electrifying and astonishing insights into the passion for political and military power, and the consequences of corrupting power and ambition unchecked by morality or conscience.