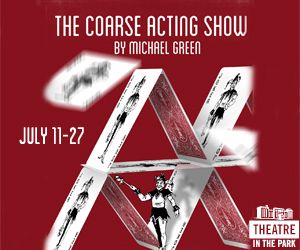 Direct from Roe-Upon-Toast, England, the South Hampton Institute of Theatre players return to Raleigh as part of their 2014 North American tour.

The prestigious (and often hysterical) troupe will once more bring four of their best known one-act plays to our stage.  Among them are Strueth, a crime story which even Agatha Christie would not dare to write and the rarely-performed masterpiece, Henry the Tenth (Part Seven).