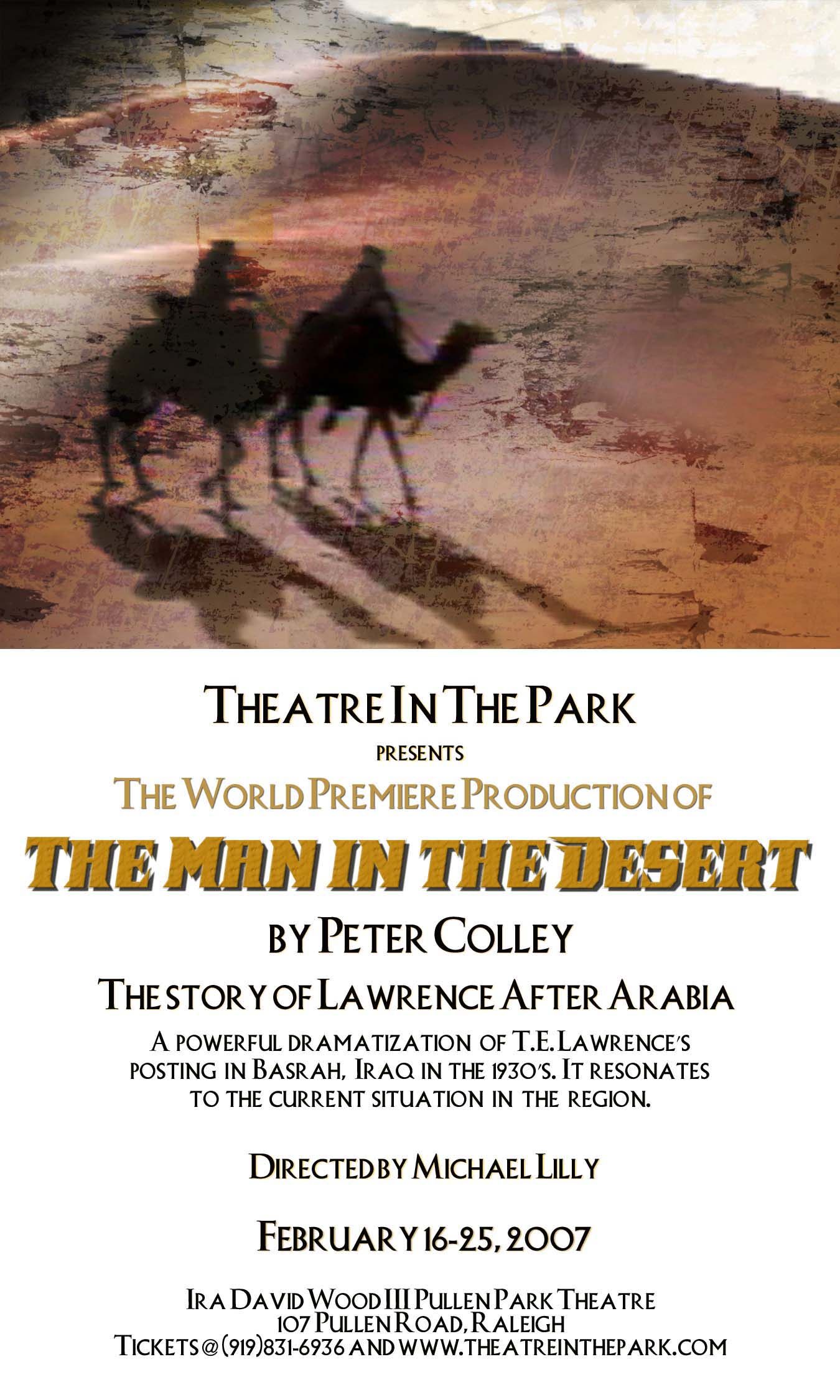 The Man in the Desert

The Story of Lawrence After Arabia

Lawrence of Arabia.  It's a name that conjures up an image of a heroic Englishman in white silk Arab robes charging on a war camel across the sands of Arabia.

But what happened to Lawrence after Arabia?

Lawrence's life after his legendary exploits in the desert is stranger than anything portrayed in the famous film.  He was one of the greatest celebrities of the age, yet he changed his name, rejoined the military at the lowest rank and sought anonymity in the distant corners of the British Empire.  What could have happened out in the Arabian desert that would cause a man who had achieved such fame to despise the very myth he had created?

This new play sets out to discover the truth beneath the legend.

THE MAN IN THE DESERT was a semi-finalist for the 2007 Eugene O'Neill Playwrights Conference, America's most prestigious competition for new unpublished plays, chosen out of 800 entries.

This is a particularly personal story for the playwright as his father served with Lawrence in the Royal Air Force in the last years of Lawrence's life, although Lawrence called himself "Aircraftman Shaw" at that time - a name he had taken from his friend and social activist George Bernard Shaw.  The playwright heard many stories about the former "Lawrence of Arabia" from his father, and this inspired a lifelong interest in the man and the myth. For more information visit http://www.petercolley.com/lawrence.htm