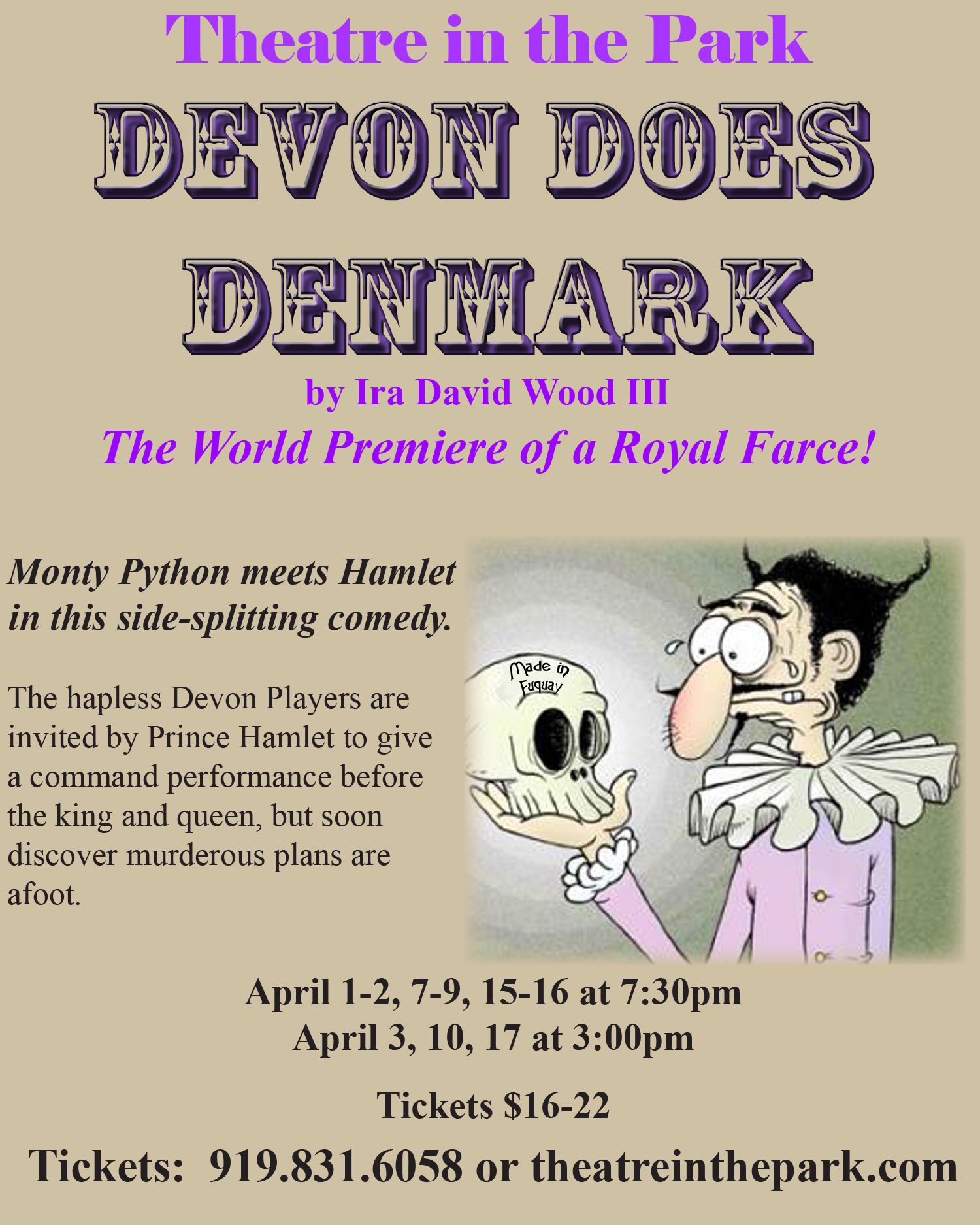 Monty Python meets Hamlet in this side-splitting comedy!  The Famous Devon Players, a world weary acting troupe of ill repute, has been persuaded by their leader to tour the provinces of Elizabethan England before attempting what they hope will be a triumphant return to London. Unfortunately, the misguided and bedraggled band of thespians ends up in the frozen north country of Denmark - where they encounter Prince Hamlet and the rest of the eccentric royal court of Elsinore. Invited to put on a command performance for the king and queen, the hapless actors from Devon quickly discover that murderous plans are afoot. The fast paced hilarity that follows will have to be seen to be believed. Join us for the world premiere of a royal farce!