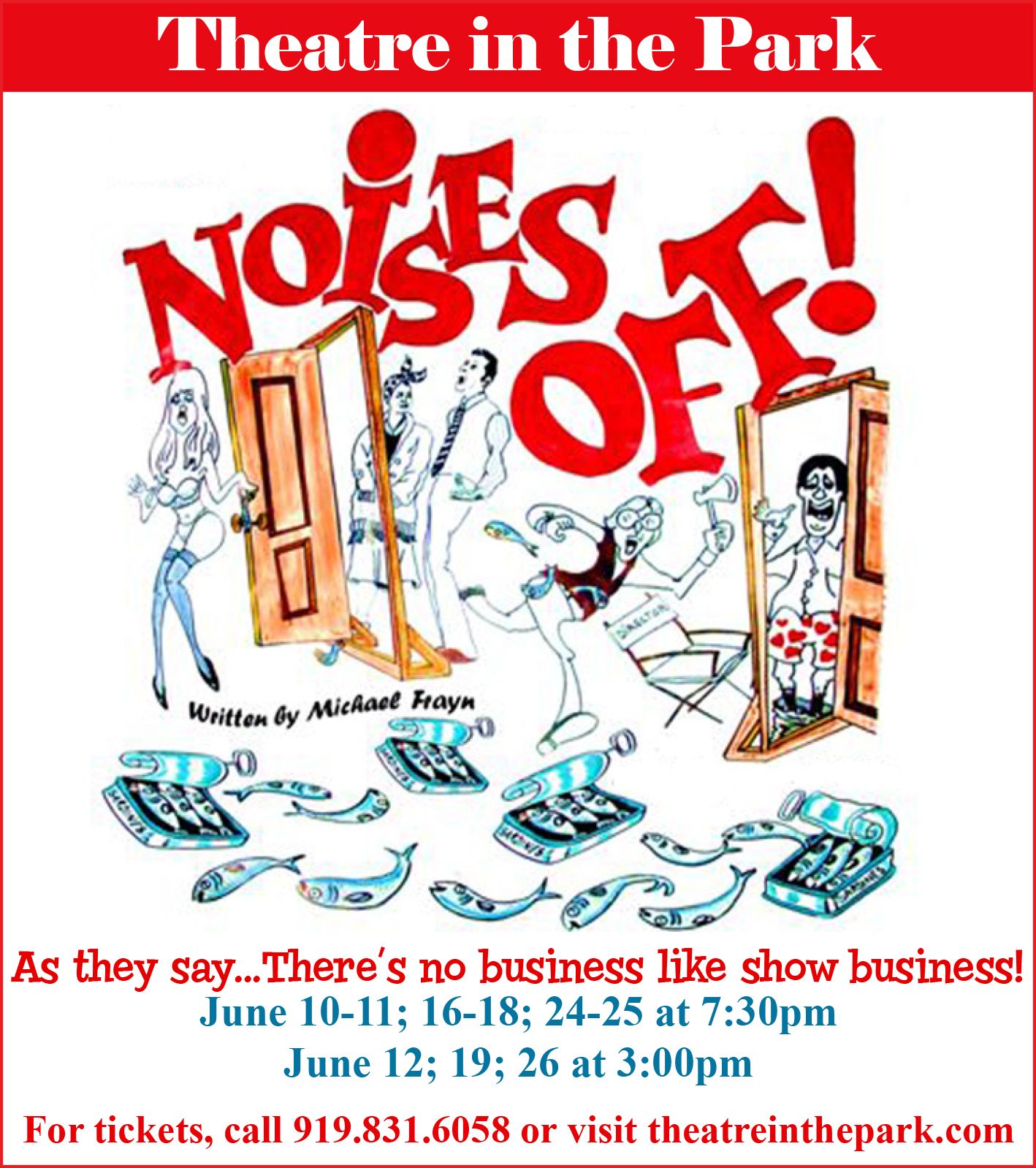 Brimming with slapstick comedy, Noises Off is a backstage farce of  epic proportions with slamming doors, falling trousers and flying sardines! This hysterical comedy-within-a-comedy captures a touring theatre troupe’s production of “Nothing On” in three stages: a dragging dress rehearsal, the boisterous opening performance, and an unbelievable performance toward the end of the run. Each performance is portrayed from behind the scenes, progressing from flubbed lines and missed cues in the dress rehearsal to mounting friction between cast members in the final performance. Join us for a fond look at the follies of theatre folk, whose susceptibility to out of-control egos, memory loss and torrid passionate affairs turn every performance into a high-risk adventure!