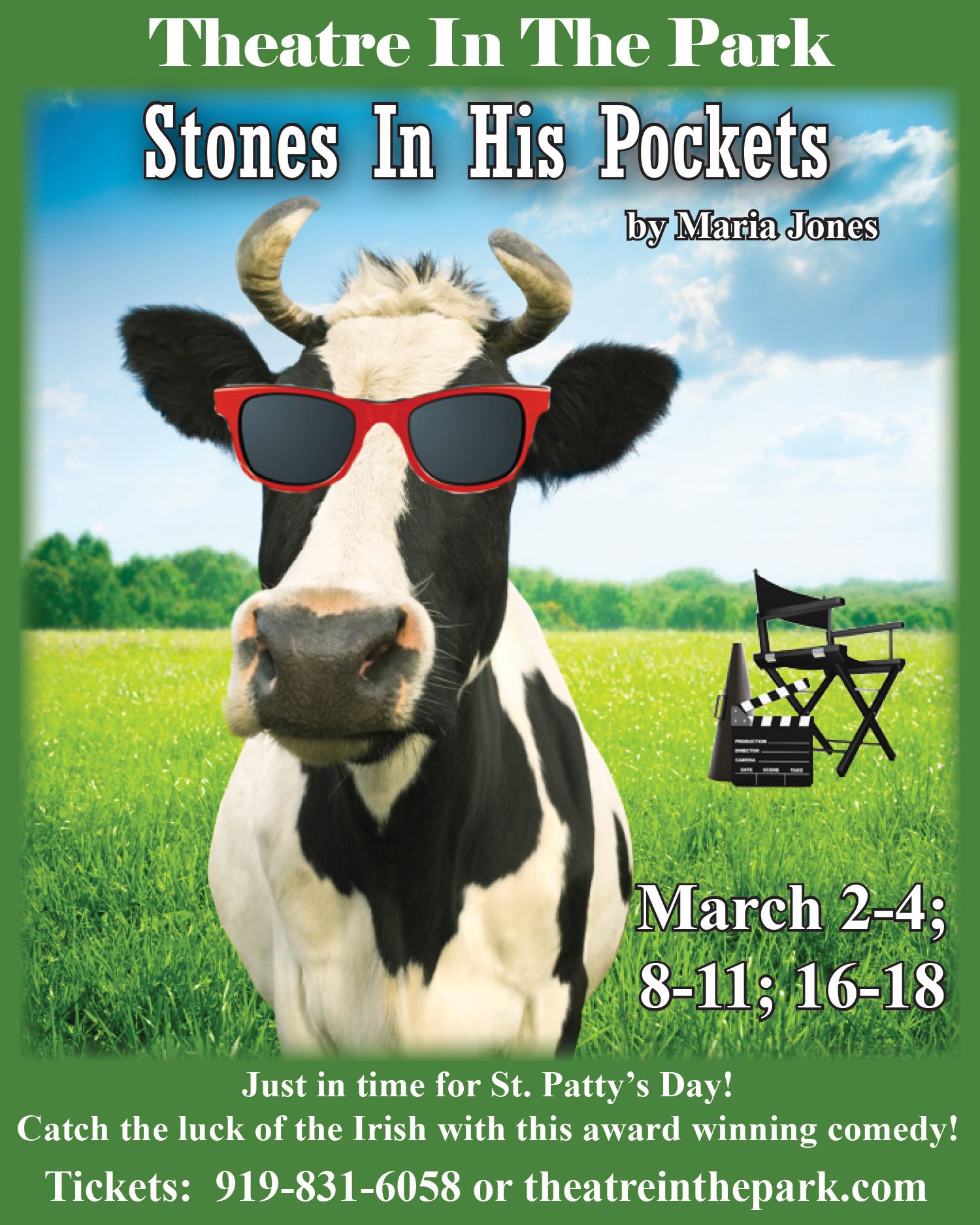 Stones In His Pockets

Catch the luck of the Irish just in time for St. Patrick’s Day!

Combining a Hollywood film crew, a small Irish town, 15 characters, and only two actors, Stones in His Pockets is a funny and moving play that explores

sadness, the dangerous allure of Hollywood, and the goodness of real life.

Charlie Conlon and Jake Quinn, who, like much of the town, are employed as extras for a big Hollywood film. Much of the comedy of the play is derived from the efforts of the production crew to create the proper “Irish feel,” a romanticized notion that often conflicts with the reality of daily life.