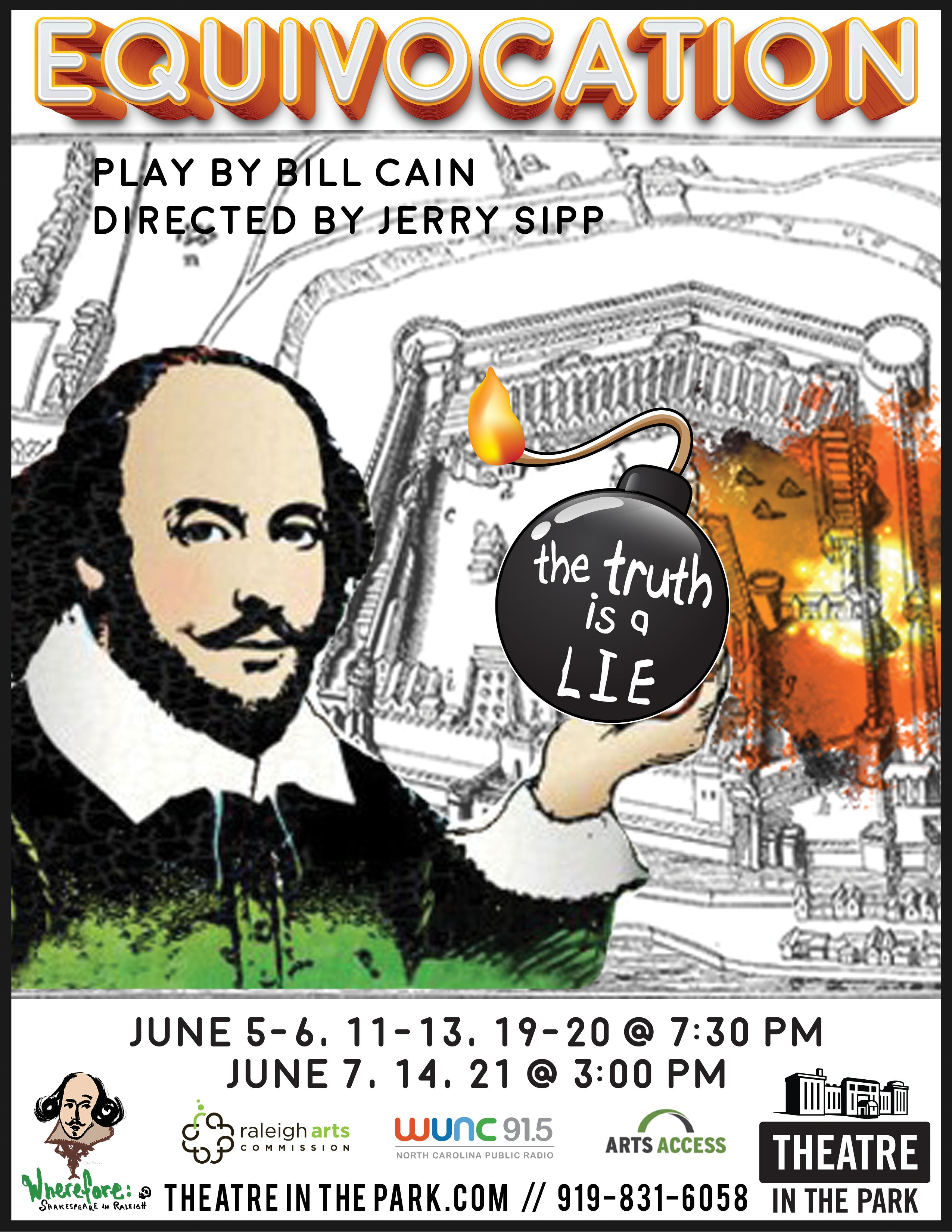 1. the use of ambiguous expressions, especially in order to mislead or hedge
2. Logic.  a fallacy caused by the double meaning of a word.

England, 1605: A terrorist plot to assassinate King James I and blow Parliament to kingdom come with 36 barrels of devilish gunpowder!

Shagspeare (after a contemporary spelling of the Bard’s name) is commissioned by Robert Cecil, the prime minister, to write the “true historie” of the plot. And it must have witches! The King wants witches! But as Shag and the acting company of the Globe, under the direction of the great Richard Burbage, investigate the plot, they discover that the King’s version of the story might, in fact, be a cover-up.

Shag and his actors are confronted with the ultimate moral and artistic dilemma. Speak truth to power—and perhaps lose their heads? Or take the money and lie? Is there a third option—equivocation?

A high-stakes political thriller with contemporary resonances, Equivocation gallops from the great Globe to the Tower of London to the halls of Parliament to the heart of Judith, Shag’s younger daughter, who finds herself unexpectedly at the very heart of the political, dramatic and—ultimately—human mystery.