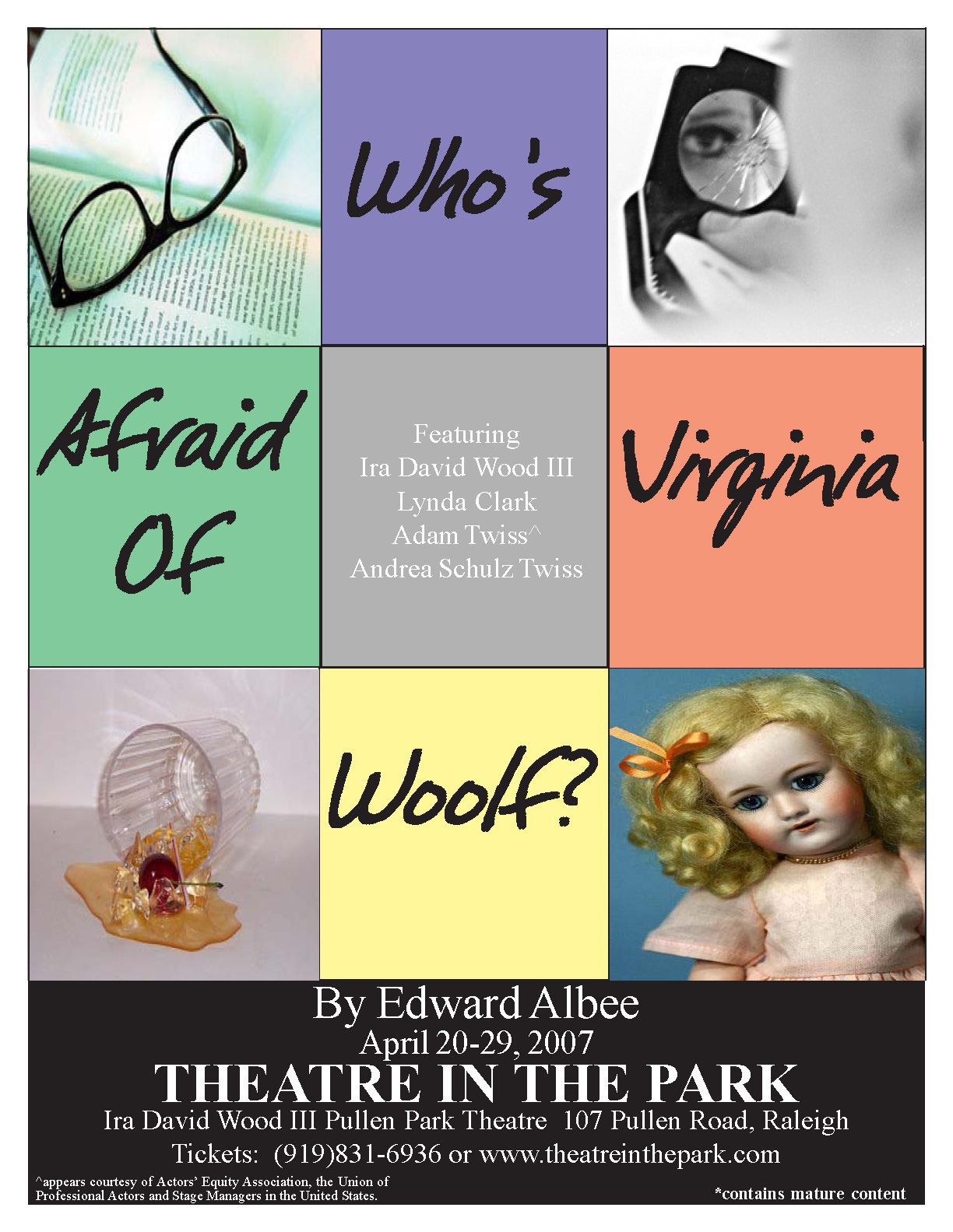 Who's Afraid of Virginia Woolf?

You are cordially invited to an evening of fun and games.  Theatre In The Park is proud to present one of the most powerful and foremost plays of the 20th Century, Edward Albee’s Who’s Afraid of Virginia Woolf, April 20-29, 2007.

Who’s Afraid of Virginia Woolf opened in 1962 with an original cast which featured Uta Hagan and Arthur Hill.  It won the 1963 Tony Award for Best Play, the 1962-63 New York Drama Critics Circle Award and was selected for the 1963 Pulitzer Prize for Drama by that years awards committee, however, that years advisory board overruled the committee’s selection because of the play’s controversial use of profanity and sexual themes.

About the Play:  George, a professor at a small college, and his wife, Martha, have just returned home, drunk from a Saturday night party. Martha announces, amidst general profanity, that she has invited a young couple—an opportunistic new professor at the college and his shatteringly naïve new bride—to stop by for a nightcap. When they arrive the charade begins. The drinks flow and suddenly inhibitions melt. It becomes clear that Martha is determined to seduce the young professor, and George couldn’t care less. But underneath the edgy banter, which is cross fired between both couples, lurks an undercurrent of tragedy and despair. George and Martha’s inhuman bitterness toward one another is provoked by the enormous personal sadness that they have pledged to keep to themselves: a secret that has seemingly been the foundation for their relationship. In the end, the mystery in which the distressed George and Martha have taken refuge is exposed, once and for all revealing the degrading mess they have made of their lives.