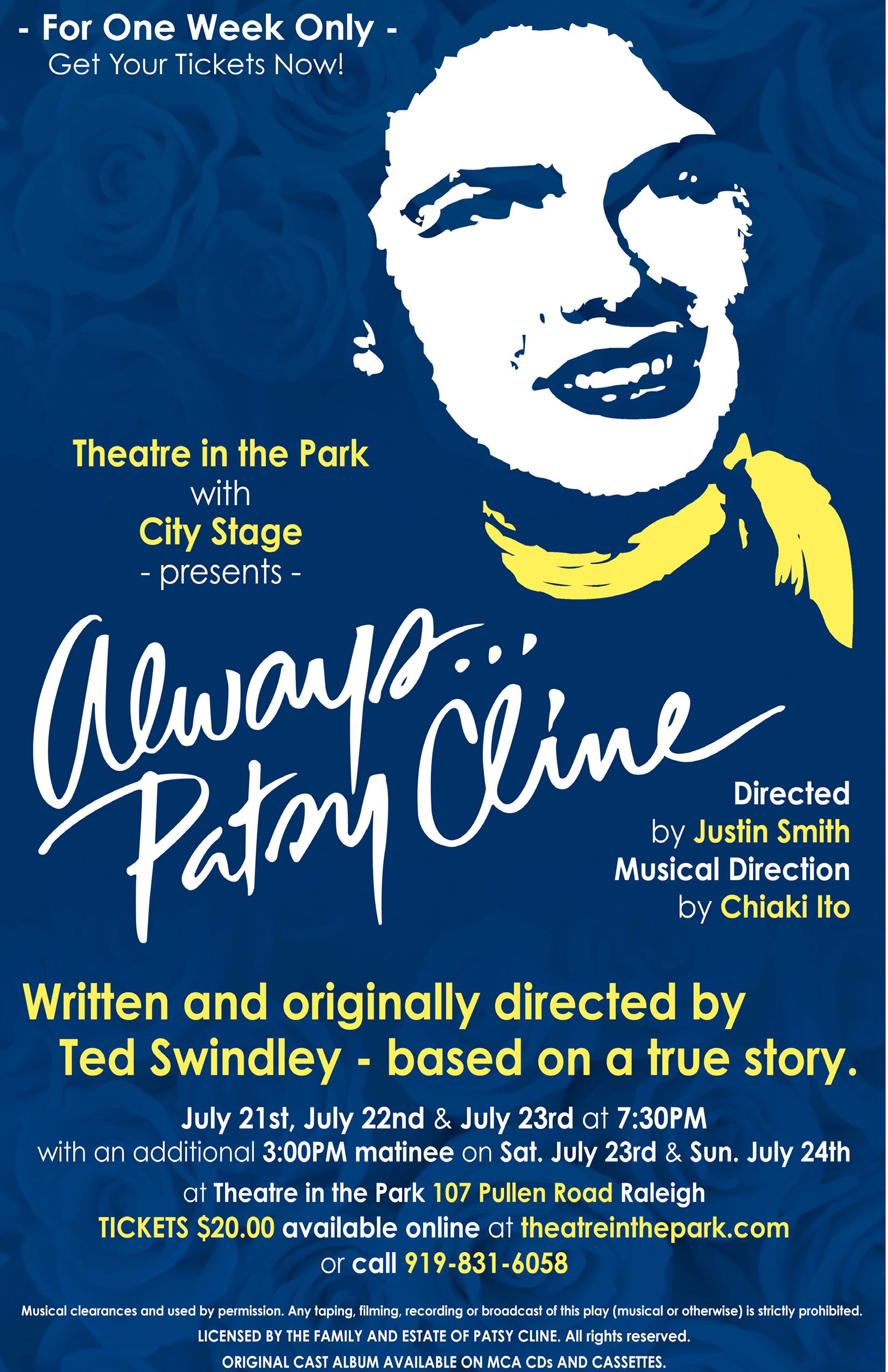 Direct from a critically acclaimed production at Bald Head Island!

ALWAYS...PATSY CLINE is a look at a star’s unforgettable sound and the legacy that still endures. The musical play is complete with

down-home country humor, true emotion and audience participation that includes many of Patsy’s unforgettable hits such as “Crazy”, “I Fall to Pieces”, “Sweet Dreams” and “Walking After Midnight”. Based on the true story about Cline’s friendship with a fan from Houston named

Louise Seger who befriends the star in a Texas honky-tonk in 1961,

and continues a correspondence with Cline until her untimely death in

and Barbara Weetman as Louise.

“The essence of Gardenhire’s performance makes it look and sound as if Cline were standing right in front you.” - StarNews