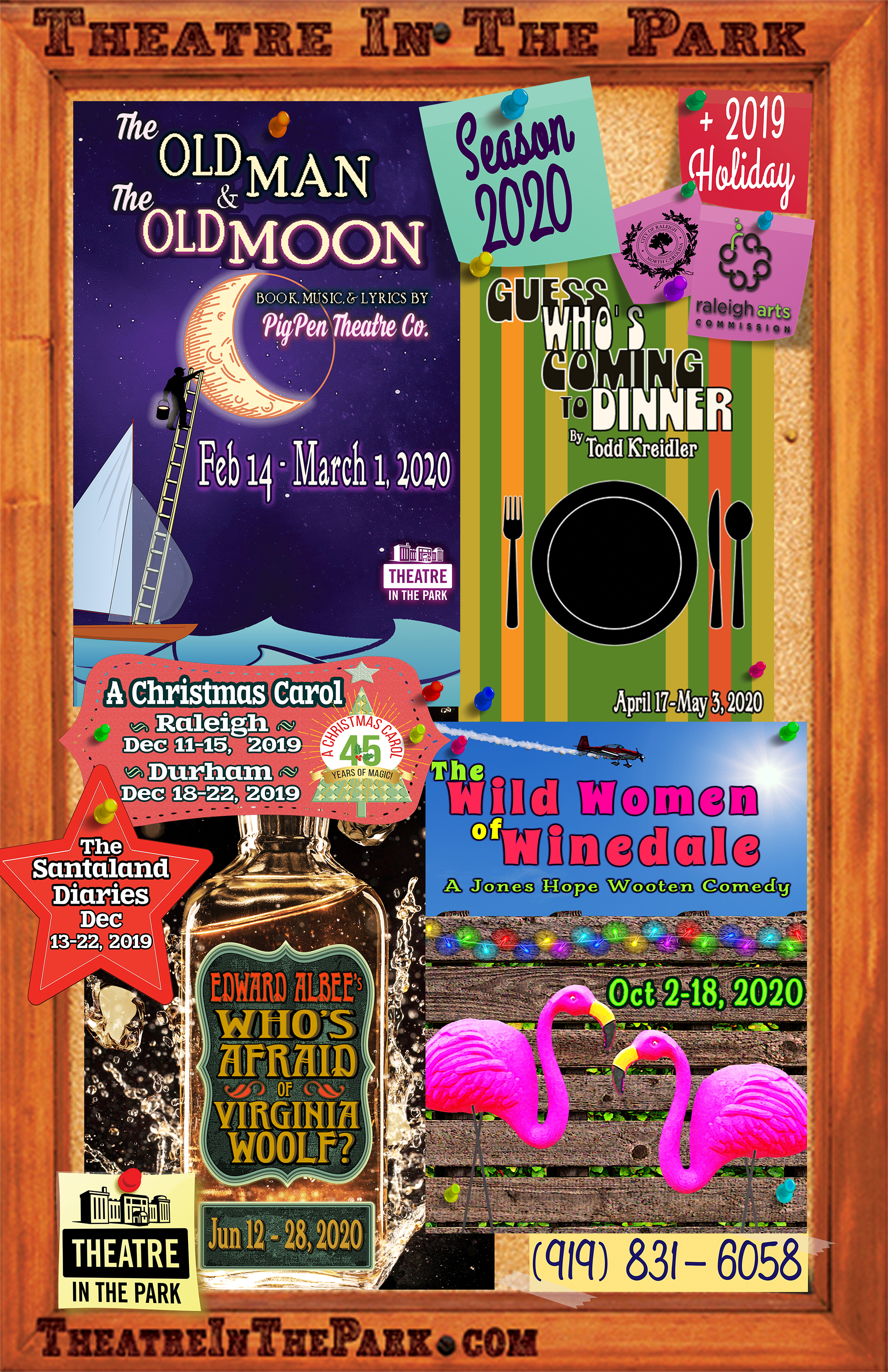 Join us and experience what makes us uniquely Theatre In The Park! From our historic location in the northern end of Pullen Park ... to the celebrity of our Executive and Artistic Director, Ira David Wood III ... to 40 spectacular years of the hit musical, A Christmas Carol ... to the exceptional comedies, dramas, musicals and Shakespeare productions ... we truly have something for everyone!

With over one million people having experienced the magic of A Christmas Carolthroughout the years, the show regularly sells out. A few of its honors include being named one of the Top 20 Events In The Southeast, the Metro Ovation Award, the Triangle Arts & Entertainment Reader's Choice Award, Proclamations from the Mayor of Raleigh and the Governor of North Carolina, Proclamations from Compiegne, France and Kingston-Upon-Hull, England, and the distinct privilege of being the first theatrical production at DPAC.

Adapted for the Stage by Joe Mantello

Jesse Gephart returns for the 13th year spreading holiday cheer as ‘Crumpet the Elf’ in The Santaland Diaries. This one man show relives an out-of-work, young actor’s brief stint as an elf in Macy’s department store during the holiday season. Based on David Sedaris’ short story, Santaland is filled with highly charged, politically incorrect, irreverent commentaries of fellow elves, Santa’s true colors, and the raucous adults and children who come to visit St Nick each year. Come laugh, drink and be merry as you join us for this adult’s only holiday treat that is sure to make your spirits bright!

When purchasing a membership, you are purchasing 4 tickets that can be used in any combination with our Mainstage productions.  You are not required to select your seats upon purchasing your membership.  You may reserve your seats by calling our box office at 919.831.6058 or by emailing info@theatreinthepark.com.